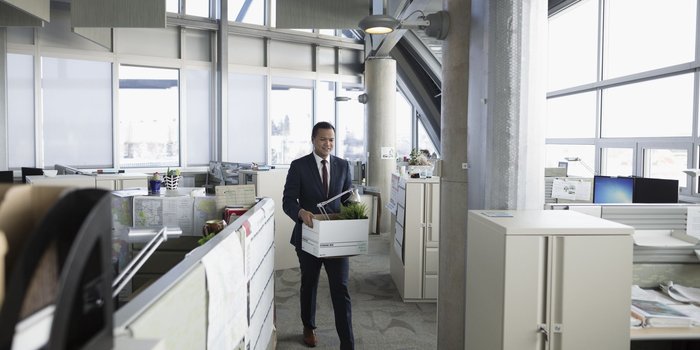 You’d think you’d have your exit strategy planned 10 years in advance of a sale. Unfortunately, most founders don’t.

Earlier this year, a lot of augmented reality enthusiasts were probably disappointed to hear that the heralded AR glasses startup Meta, one of the most promising startups to come out of Y Combinator’s summer 2013 cohort, was essentially finished. The company had raised close to $83 million and was valued at more than three times that amount, but it couldn’t find the money to continue funding the development of its product.

True, an unnamed organization had apparently offered to buy the startup; but Meta founder and CEO Meron Gribetz said that his company’s sale wouldn’t generate enough capital to cover the company’s debts.

So, what’s the lesson here? It’s that Meta was a promising company that achieved massive growth but wasn’t too big to fail — and its story is far from unique. Anyone running a startup knows that theirs is often a daily struggle just to find ways not to run out of cash.

And sometimes you do run out of options, and go broke in an instant. That’s when you know it’s time to move on.

Meta’s leader knew it. And his move to sell the company was the right thing to do. Yet that separation won’t be an easy one.

Selling a business brings forth just about every emotion you can imagine: happiness, sadness, pride, frustration, surprise, disgust — you name it, I’ve personally felt these things during my own business journey. With good reason: Often, founders look at their startups as their babies, and that analogy is a good one. The time and energy required to run a successful company make that task a lot like raising a child. When you’re unable to see that commitment pay off the way you’d expected, it can be tough to leave the baby and walk away.

There’s also the fact that selling your company means giving up a routine that you’ve likely kept for years. Even small changes can be hard, and suddenly having to find something else to think about each waking minute isn’t any small change. You might feel that you’ve actually lost your identity.

Finalizing a sale is also a major headache from an operational standpoint. Thousands of merger and acquisition deals were finalized last year, and based on my experience in buying and selling companies, I’d wager that a relatively small fraction of those deals went exactly as planned. Somewhere along the way, someone was left feeling that he or she had lost something.

Knowing when to fold ’em

In a perfect world, you’d have your exit strategy planned 10 years in advance of a sale. Unfortunately, most founders don’t, and most don’t know when to start creating one.

When I was running my own oil company, no one ever talked to me about an exit strategy. Looking back, I wish they had. Selling diesel fuel for over $4 a gallon stopped being fun pretty quickly, and it certainly wasn’t making me a popular guy. But I had no idea when to walk away.

Now, I’m able to clearly recognize the signs that it’s time for an entrepreneur or founding team to consider an exit, and I ultimately wrote a book to help others navigate that very process. In my experience, here are three of the most obvious signals that it’s time to create an exit plan (and what to do about them):

1. You’re starting to have a “gliding” mindset.

After grinding for years to reach profitability and stability, a lot of entrepreneurs simply lose their desire to keep growing. They become risk-averse, and the thought of taking on millions of dollars in debt actually makes them pretty nervous. They essentially go into “maintenance mode” and lose the willingness to make necessary changes, such as technology upgrades or the replacement of an unproductive employee. Eventually, employees start to adopt this attitude as well. It’s a slippery slope.

If you feel that your own entrepreneurial mindset has started to shift, prioritize your mental health. According to the Gallup-Healthways Well-Being Index, entrepreneurs are more likely to be stressed and worried than other workers are. And research approved by the University of California-Berkeley Institutional Review Board found that 72 percent of the entrepreneurs who participated in that Gallup study were directly or indirectly affected by mental health differences.

This is what a gliding mindset consists of, and when you give in to it, your company’s performance will suffer. Because a sale price will be based largely on the past three to five years of performance data, your failing to act in time can significantly reduce your company’s value. So, don’t be afraid to seek help. Hire a coach or exit-planning firm to help you finish strong.

2. Your company can function well without you.

If your colleagues don’t notice a dip in productivity when you’re not in the office, that’s a pretty good sign that you’re not really needed anymore. This can be a great situation to find yourself in, and it probably means you’ve put the right people in charge of day-to-day operations.

Remember, your team will absolutely affect the valuation your company is given. With a high-performing management team already in place, you can serve as the coach. And as a result, your company is going to be very attractive to prospective buyers.  On the other hand, if you have to play every position on the field and nothing gets done without your being present, your company won’t be as valuable to them.

Walmart’s recent acquisition of Flipkart reflects a growing trend worth mentioning here. If you’re a tech company, there’s a good chance that many of the organizations interested in an acquisition will be non-tech companies. If you can show these potential buyers that you already have a team in place to ensure your technology can be smoothly integrated into their business, they’ll reward you.

News flash: You’re not going to live forever. By the time you’re in your 50s, it makes sense to have an exit plan in place. Unfortunately, a recent study conducted by Wilmington Trust found that 47 percent of the small business owners over the age of 65 it looked at had no plan in place. That’s alarming.

I often encounter older business owners who operate under the assumption that their company will remain in the family when they decide to move on. But if you’re planning on selling to a sibling, do you know that he or she can afford to buy? If you and your family members fail to plan ahead, you might discover that your sister or dad can’t come up with the thousands of dollars needed for a down payment or for funding the working capital needs of the company.

So be sure to have intentional conversations with your family members before assuming they plan to take on your business.

Selling your business is a major challenge, regardless of whom you’re selling to. Start exploring your options early, and make sure you have the right people in your corner, including an attorney, a banker, a CPA, a broker and an exit-planning coach. If you’re not ready to tell people that you’re thinking about exiting and aren’t sure where to begin, start conducting your own research. Your window for a satisfactory sale is finite. Don’t miss it.

To learn more about how we can help you create greater outcomes for your business, click the following links below about each of our services: 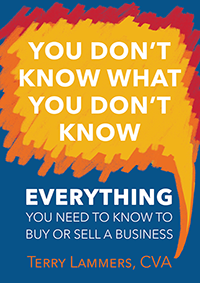